- The Wizard of Oz

The piece "Oz - a musical fairy tale" is based on the piece "In the Land of Oz" for guitar orchestras that was composed by Lars Wüller in 1999. In 2006 it was expandet for a ballet performance. Wüller has added additional movements and interludes, as well as speaker texts and performance instructions. Next to this guitar orchestra edition this composition was also edited for mandoline orchestra by Annika Hinsche and Lars Wüller in close cooperation in 2017.

The piece is designed to give the performing ensemble as many as possible variants for different concert situations: From a pure performance as an orchestral or chamber music suite to elaborate productions with speakers, dancers, stage design and lighting setups.

1. Performance as a purely concertante suite

The piece can also be performed as a concert piece without a speaker or stageperformance. In this setup the interludes between the movements can be skipped or shortened.

2. Performance in excerpts, or with interceptions

The piece is set in such a way that all movements are connected without musical breaks. If you would like to play only some of the movements or integrate an extended stage drama without music, then you can end any movement at a proposed place that is marked in the score.

For more elaborate stage performances, the enclosed libretto contains perfomance instructions in addition to the speakers' texts. They can be adapted or supplemented as required.

A german report from the magazin Concertino about an international concert project in 2007 that was based around this composition:

Video and pictures of the premier of ths piece for manodline orchestra and modern dance from 2017: 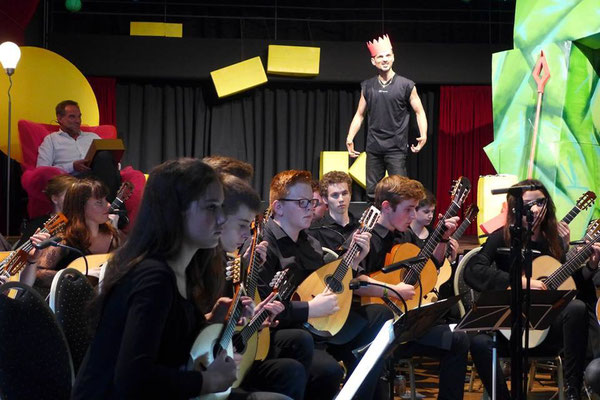 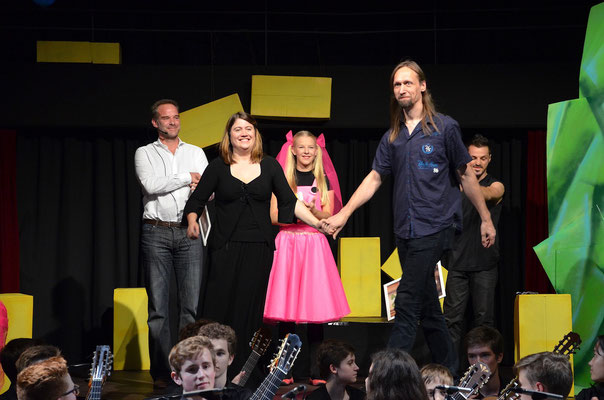 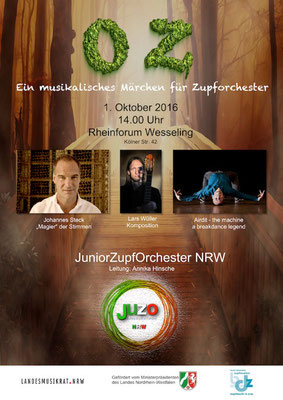 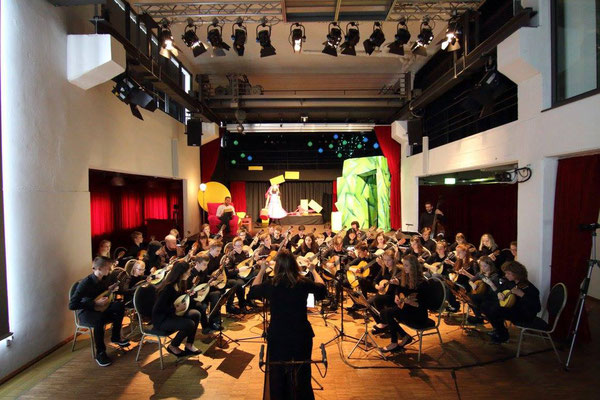 (only score - the parts must be ordered separately!)

(only score - the parts must be ordered separately!)

"In the Land of Oz" has been published on several CD-recordings, such as: